Kapalbhati (Skull shining) is one of those interesting techniques that can either help you or harm you, depending on how you do it. Many articles on Kapalbhati tout its perceived benefits, which include clearing of the sinuses and lungs of allergens, increased metabolism, weight loss, improved circulation and increased oxygen supply. There are other articles that actually ask “Is Kapalbhati killing you?” For example, this article says that Kapalbhati has been linked to heart problems, high blood pressure, vertigo, hernia, epilepsy and related brain problems.

What exactly is Kapalbhati and why is it so controversial? Let’s take a closer look.

The primary distinction that we need to make right away is that Kapalbhati is NOT a pranayama technique, it’s a kriya. It’s an important distinction. The whole purpose of pranayama is life force expansion, and when we do pranayama practices, our breath needs to be long (dirgha) and subtle (sukshma). This is how Patanjali’s Yoga Sutras define pranayama. On the other hand, the main purpose of kriyas is to cleanse and purify the body, and we do not expect our breath to be long and subtle during kriyas.

Kapalbhati is a breathing technique in which you exhale rapidly and forcefully using your abdominal muscles. You can do it fast or slow, for 15 repetitions or for 1000; the effect, of course, will be different. It appears that Kapalbhati has experienced a recent revival as a popular practice because of yogi Ramdev, who actively promotes this technique through his yoga camps and television appearances in India. Apparently, “thousands of Indians today consider Kapalbhati a panacea for all ills”. As yoga therapists, we are usually suspicious of strong yogic practices that are advertised as magical cures. Let’s take a closer look at what happens physiologically when you do Kapalbhati. 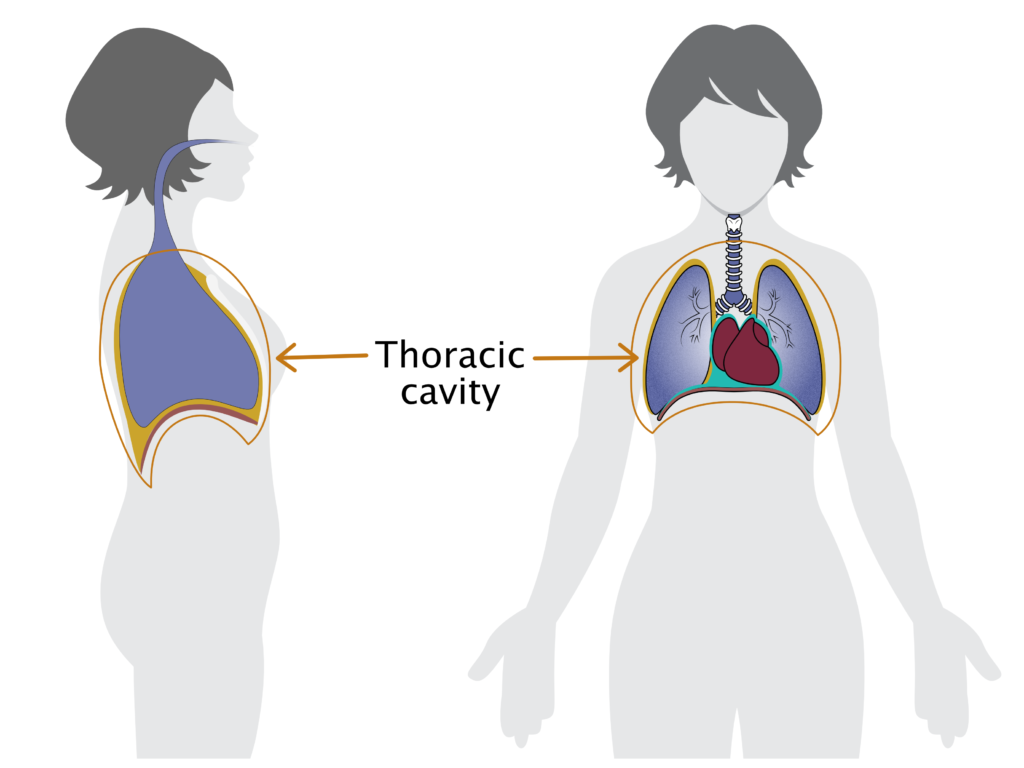 When you make your exhalations short and rapid, you quickly unload your body of carbon dioxide, which means that the balance between oxygen and carbon dioxide will be tipped toward more oxygen in the system. Some people conclude that this means better oxygenation for your body, but we already know that the body cannot absorb excess oxygen when there is not enough carbon dioxide to balance it out. Instead, you just exhale that unused oxygen back out.

In addition, having oxygen overload has other consequences for your body. James Nestor in his book Breath: The New Science of a Lost Art explains: “Whenever the body is forced to take in more air than it needs, we’ll exhale too much carbon dioxide, which will narrow the blood vessels and decrease circulation, especially in the brain. With just a few minutes, or even seconds, of overbreathing, brain blood flow can decrease by 40 percent, an incredible amount. The areas most affected by this are the brain’s hippocampus and frontal, occipital, and parieto-occipital cortices, which, together, govern functions such as visual processing, body sensory information, memory, the experience of time, and the sense of self. Disturbances in these areas can elicit powerful hallucinations, which include out-of-body experiences and waking dreams.”

If you ever practiced Kapalbhati for extended periods of time, you might recognize those symptoms. This technique affects your brain function and can make you feel almost high. It’s called “skull shining” for a reason, your head definitely feels lighter when you do it. It’s not an unpleasant experience, and maybe it is so pleasant for some that it can become addictive. The question, of course, is about long-term consequences. It doesn’t seem wise to intentionally restrict the blood flow to the brain for extended periods of time. This is why Kapalbhati is contraindicated for students with vertigo, epilepsy or any kind of brain disorder. However, for folks who do not have these issues, brief Kapalbhati can improve mental performance. For example, this study had found that participants were able to complete cognitively challenging tasks much faster after performing Kapalbhati for one minute.

If Kapalbhati is not contraindicated for you for reasons stated above, it can also be done for the purpose of consciously training our chemoreceptors. Quick reminder: the chemoreceptors in our peripheral nervous system quickly respond to the change in oxygen / carbon dioxide balance within the body. Once they sense a drop in the CO2 levels, they send the signal to the brain stem to adjust the breathing rate. We can condition those receptors toward more or less tolerance. More tolerance means more resilience in the system. There might be some benefit in temporarily changing the balance between the oxygen and carbon dioxide levels in a controlled environment with well-regulated Kapalbhati for the purpose of training our chemoreceptors.

Another fascinating question involves the effect Kapalbhati has on weight loss. For example, this study shows slight reduction of body mass and skinfold thickness after doing Kapalbhati for 15 minutes daily over the period of 8 weeks. The researches attributed the weight loss to an increase of the body’s metabolic rate during Kapalbhati. But there is potentially another side to that story.

Do you know where your weight goes after you lose it? The common answer is that it gets released as heat and water (“you burn the fat” and “you sweat it out”), but this is not entirely correct. If you use up more energy than you consume, your body starts to break down your fat deposits. Some of that gets used by the body for energy and what’s left is a little bit of water and a whole lot of carbon dioxide. Then you literally breathe your weight out. If you lose 10 pounds of fat, about 8.4 pounds gets released through your lungs when you exhale, and the remaining 1.6 pounds turns into water. Based on that fact, it’s tempting to jump to a conclusion – well, can I skip dieting and exercising and just breathe my weight out then? No, it doesn’t work that way. The exhalation itself will not tap into your fat stores. For that to happen, you need to use up more energy then you consume, meaning eat less and move more, which leads to an increase in metabolism. Once your body’s metabolic rate increases, then you will begin to exhale extra weight.

Is this how Kapalbhati works? Does it lead to weight loss by combining slightly increased metabolic rate (because of active abdominal contractions) and carbon dioxide unloading (via rapid exhalations)? We don’t know for sure. But if this is the case, then you can potentually increase this effect by doing an active yoga practice with deep breathing before you do Kapalbhati to get the metabolic process going.

Remember that this is an advanced technique and it needs to be treated as such. It is best if you have qualified supervision when you begin to use this technique, particularly if you intend to do it on a regular basis.