I have a question for you – name one pose that you can use to strengthen your lower back and core, stretch your hip flexors, stretch and strengthen your upper back, release neck and shoulder tension. Any ideas?

It’s the Warrior 1 pose! Did you know that it could accomplish all those things and more? Yes, it can, but to get each one of those you would have to change the form of the pose slightly. We call that “pose adaptation”.

Every pose has a classical form; those are the images that we are used to seeing in yoga publications and doing in yoga classes. But in many poses we can change the form slightly by repositioning the arms or legs, for example, creating a Pose Adaptation. Some poses have more then 20! Why? Does it really matter where you put your arms?

Absolutely! Pose adaptation is one of the most effective tools we as yoga teachers have to achieve very specific structural, energetic and mental-emotional effects.

Let’s take Virabhadrasana 1 (Warrior 1). Here is what we can do with this one pose. 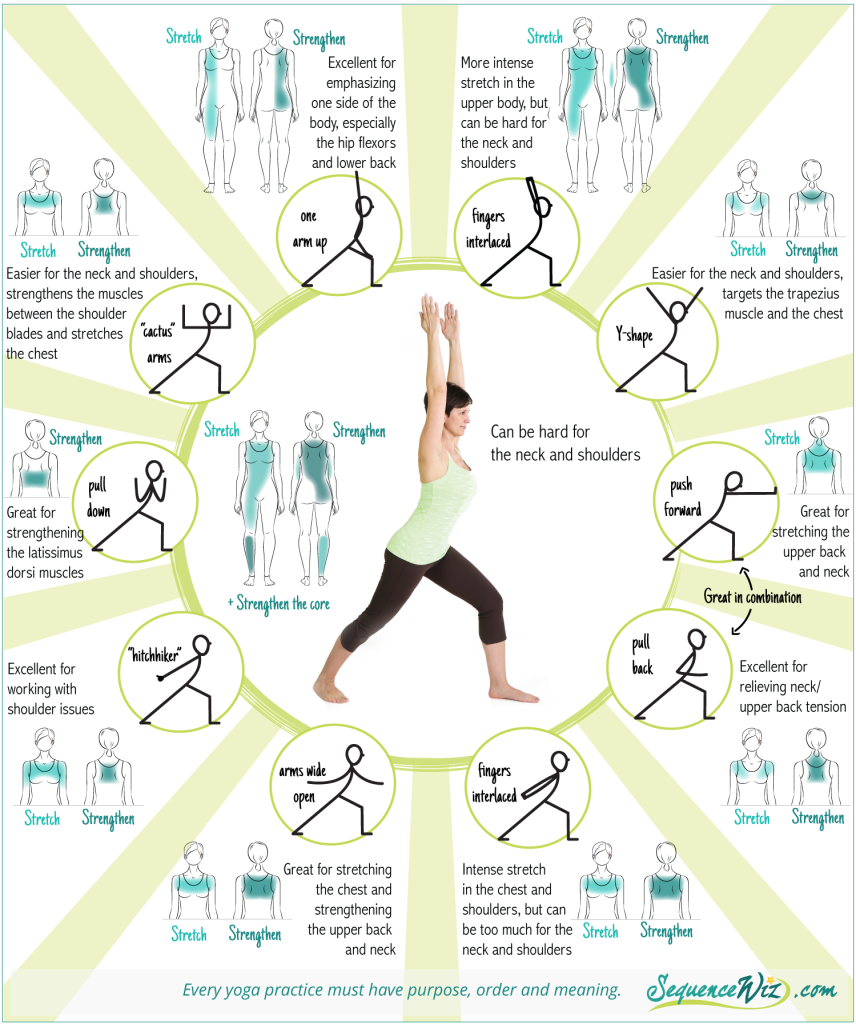 Each one of those adaptations will have a specific effect that we can amplify by carrying it throughout the practice. For example, we can use this arm adaptation in multiple poses and gradually work on upper back strengthening and chest stretching. 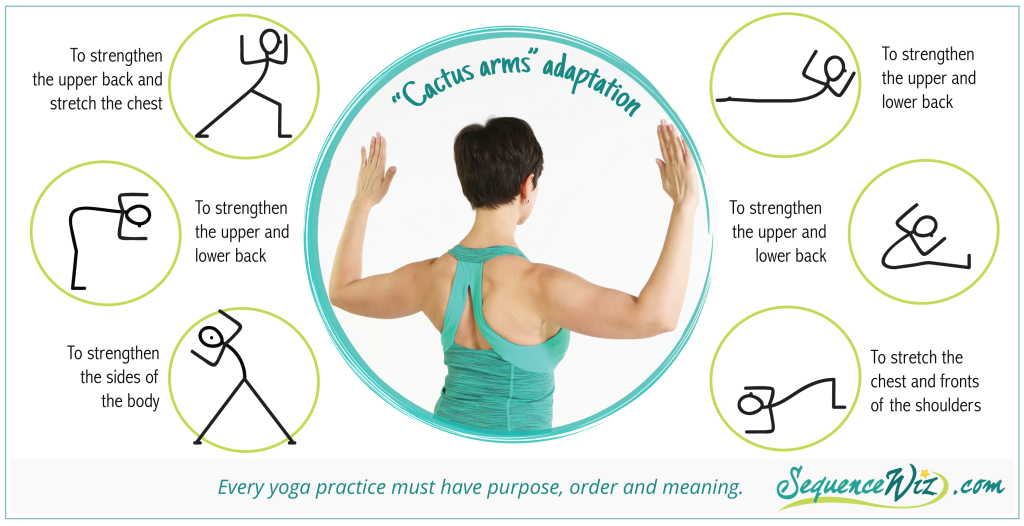 Let’s summarize – why do we adapt?

1. To get a different structural effect

Example: We have illustrated that in Virabhadrasana 1 above. One adaptation will work better to facilitate the stretching of the hip flexors, another one will be more effective for strengthening the latissimus dorsi muscles, etc. It is common to adapt the arm position, but it’s also possible to adapt the leg/feet position. For example, you are probably used to turning one foot out when doing Utthita Trikonasana, which engages the front hip and introduces the idea of hip/pelvic opening. But if you keep you feet parallel instead and bend sideways like that, you will notice that the focus is now shifted to your spine – the range of motion won’t be as great, but you will get a better stretch of the lateral side of your torso.

2. To prepare the body for what’s coming next

Example: Let’s say that later on in practice you will be doing Dhanurasana. Using this adaptation in a variety of postures will serve as an excellent preparation. 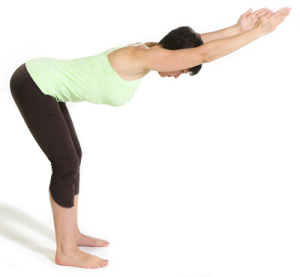 3. To make a pose more or less challenging

Example: The classical form of Ardha Uttansana is pretty strong. But if you bend the knees a bit, extend one arm instead of two, or keep the hands on the knees, it makes the pose much more manageable and accessible even to beginning students.

4. To customize the pose to the client’s needs

Example: The traditional form of Virabhadrasana 1 can be very effective for students who have flattened thoracic curves, but those who have kyphosis (exaggerated thoracic curve) are likely to struggle – it is not as easy for them to raise the arms up like that. For a student with kyphosis keeping the arms in the “cactus” position will work much better. They will still get the same effect of strengthening their upper back musculature, but without stressing the neck and shoulders.

5. To keep the student’s attention

If you do the same poses the same way every time, experienced students are more likely to go on an auto-pilot. By changing the arm position, you make the practice interesting and unexpected, and students will be much more likely to pay attention.

6. To manifest an idea

We can use arm positions as ritual gestures to manifest certain ideas. For example, we can symbolically bring positive things in and push unwanted things out with push-pull adaptations; or we can bring the hands to the chest, symbolizing the awareness of the heart center; and many, many others – the possibilities are endless.

The same pose can be used for a wide variety of purposes, which will make your practice more precise and more effective. Adaptation is the richest and most untapped resource for yoga teachers and students alike – let’s explore them together! Starting next month we will spend a lot of time exploring individual poses and their possible adaptations to show you the vast potential those poses hold. Let the journey begin!