There are three main states of consciousness that you reliably cycle through every 24 hours: waking state, dreamless sleep and dream state. Each of those states is characterized by a distinctive electrical brain activity. But long before scientists were able to record and analyze our brain waves, yogis knew that these states were very different from one another. They postulated that all states of consciousness are reflected in the symbol and sound of OM. And technically, the sound that we know as OM is actually AUM_; it consists of three letters and silence at the end. The entire Mandukya Upanishad is dedicated to the meaning of OM and how it represents the states of human consciousness. Here is what it says (translated and interpreted by Swami Jnaneshvara (1). 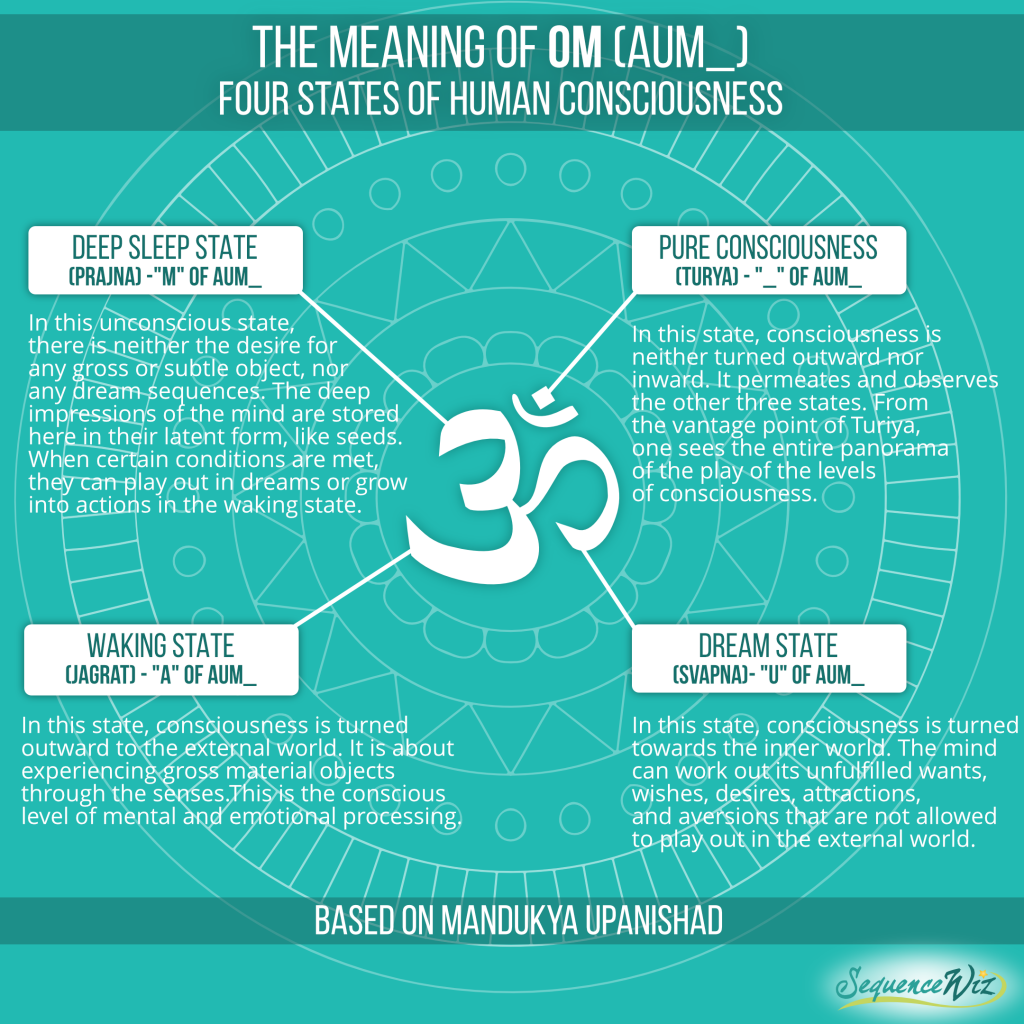 The descriptions of the first three states correspond very closely with how modern science describes our brain activity during those states:

Yet Mandukya Upanishad also talks about the fourth state of consciousness, which is different from the other three states. “The fourth aspect of Atman or Self is Turiya, literally the fourth. In this fourth state, consciousness is neither turned outward nor inward. Nor is it both outward and inward; it is beyond both cognition and the absence of cognition. This fourth state of Turiya cannot be experienced through the senses or known by comparison, deductive reasoning or inference; it is indescribable, incomprehensible, and unthinkable with the mind. This is Pure Consciousness itself. This is the real Self. It is within the cessation of all phenomena. It is serene, tranquil, filled with bliss, and is one without second. This is the real or true Self that is to be realized.” (1)

This fourth state is usually called “pure consciousness” or “superconsciousness”. It sounds remarkably similar to the meditative states with distinctive brainwave activity that the scientists had observed in long-term meditation practitioners. We will talk about this groundbreaking study that was conducted in 2004 next time and discuss how it relates to the forth state of consciousness. Tune in!

Tags: the meaning of omstates of consciousnesswhat does om mean