When my son was little, I used to sing lullabies to him. Unfortunately, most of the time I couldn’t remember the exact words of the song, so I ended up humming the melody instead. As a result both of us would usually doze off. Soft humming can have a very soothing effect both on the listener and the singer. Try it for yourself. Listen to this simple song – how does it make you feel?

Last week we talked about “charging” and “dis-charging” sounds. This effect will be present if you are listening to any external sound. So listening to a lullaby would have a dis-charging effect. This effect will be amplified if you vocalize the sound (sing or hum along). Try it with the song above. When you hum along does it feel like you internalize the sound even more? I like to think of sound on the following continuum:

That’s one way to move your attention from external to internal for better body awareness and better concentration. That’s why when we chant in yoga we usually follow the same steps: 1. Teacher chants 2. Students chant with the teacher 3. Students chant on their own 4. Students chant mentally to make the sound vibrate in the mind alone. Since a big part of a yoga practice is moving from a more gross manifestation of things to a more subtle experience, working with sound gives us an opportunity to manifest that movement in a pretty straight forward way. 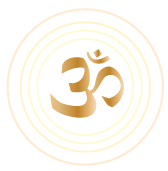 Why do we chant in yoga anyway? What is the purpose? Well, according to this study chanting OM promotes limbic deactivation, which is a fancy way of saying that it takes the edge off our basic emotions (fear, pleasure, anger) and drives (hunger, sex, dominance, care of offspring). In this study the researchers compared chanting Om with making “ssss” sound while the subjects were getting an MRI. They found that during Om chanting the regions of the brain that became deactivated (amygdala, anterior cingulate gyrus, hippocampus, insula, orbitofrontal cortex, parahippocampal gyrus and thalamus) were the same regions that became deactivated during electrical vagus nerve stimulation for treatments of epilepsy and depression. Since effective ‘OM’ chanting is associated with the experience of vibration sensation around the ears, the scientists suggested that this sensation is transmitted through the auricular branch of the vagus nerve. Saying “sss” sound didn’t facilitate any activation or deactivation in the same areas of the brain.

This is exciting stuff. While the scientists are NOT saying that we should chant OM to treat epilepsy, they are saying that simple non-invasive OM chanting has a similar effect on the brain and vagus nerve as implanted electrical devices. For our purposes it confirms that chanting has a dis-charging effect on the brain, meaning that it discharges us from compulsive thinking, wanting and grasping. One component that the study didn’t address is the question of whether or not the OM sound was meaningful to the participants. The meaning of sound can significantly amplify our response to it – it all depends on the mental associations that you have with that sound. Just like if you know the movie Pan’s labyrinth that the lullaby above came from, you might have a different response to the song.

OM is probably not the only sound that would produce the dis-charging effect on our brains. The main difference between OM and “ssss” sound that the scientists used is that both letters O and M are vocalized, meaning that they make your vocal cords vibrate and create resonance in your throat and around your ears. As we mentioned last time, the vagus nerve branches out into your inner ear and your larynx, controlling the opening and closing of the vocal cords and sound pitch. It sounds like it gets stimulated during vocalization. On top of that, we always chant on the exhalation, which means that the vagus nerve is activated in its role as parasympathetic system manager, AND chanting usually facilitates lengthening of the exhalation, which further amplifies the parasympathetic effect. 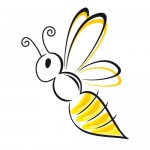 That is why it is no surprise that soft humming of a song can have a similar effect and so does Bhramari pranayama (bee breath). To practice Bhramari you lengthen the exhalation and make a long one-tone M sound, which is basically humming. One would expect that the same areas of the brain might become activated here as the sound is very similar to OM. Nobody has studied the effect of this particular pranayama on the brain activity (as far as I know), but it does not prevent yoga teachers from claiming that “With regular practice of a pranayama called bhramari, bliss arises in the heart. It can also relieve insomnia, sinus infections, thyroid problems, and stress.” If this type of chanting facilitates the parasympathetic response and stimulates the vagus nerve, the potential is certainly there.

So next time when you sense that your emotions are about to overcome you, try soft humming of your favorite song or Brahmari pranayama and see it makes a difference!