Marti, a 20-year old undergraduate, aspired to be a comedy writer. Debilitating anxiety around all forms of writing, however, led her to take a semester off of school. During this sabbatical, she worked at a bookstore in her hometown and saw a therapist about the anxiety she experience around writing. By the following semester, she felt ready to resume her studies, but continued to feel skittish about writing. She wore glasses to correct farsighted vision, had a kyphotic thoracic spine, and weakness in her upper back, neck, and shoulders. During the semester, she worked in the box office at a comedy club near campus.

A keen observer of all that went on around her, Marti’s lively and quick mind was constantly moving and absorbing all that she took in. Her body often reflected the activity of her mind; she seemed to be in constant motion.

Mariti wanted a 20-to-30-minute practice that she could do before sitting down to write and do homework. I encouraged Marti to write everyday, whether or not it was required for classes. Given her morning class and evening work schedules, early afternoon was the best time for her to practice and to write on most days. I asked her to identify an image of strength and courage that she could use in the practice. 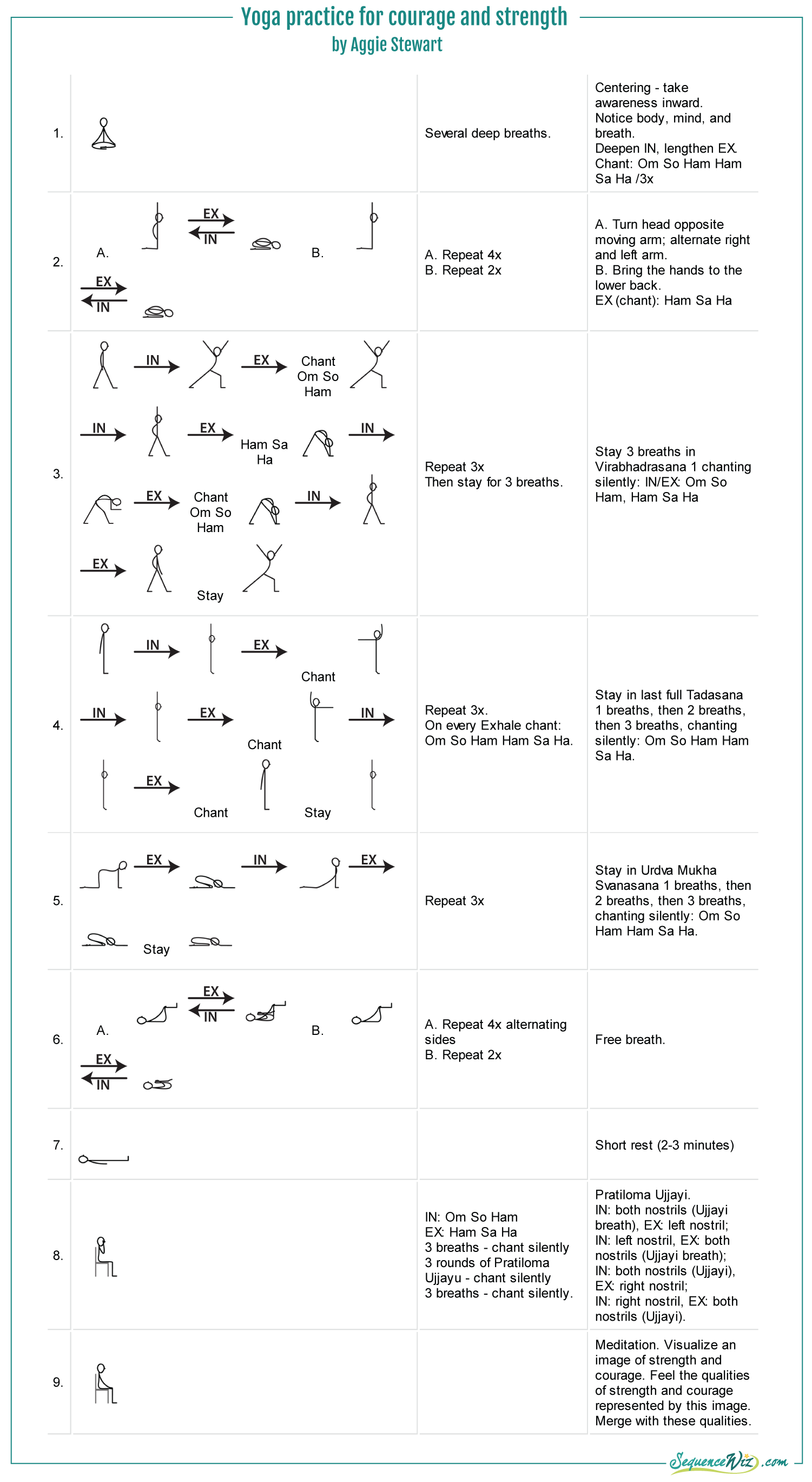 Aggie Stewart is certified through the American Viniyoga Institute as a yoga teacher at the 500-hour level (2009) and a yoga therapist (2011). She sees it as no small irony that she fell in love with language of poetry at age 15 while reading Macbeth in the vestibule of a church. Her love of yoga in the lineage of Krishnamacharya followed decades later when she met her teacher, Gary Kraftsow. She is currently working on a book-length treatment of the Yoga of writing, intending to bring the insights she’s gleaned through both her experience and that of her students to a broader audience.