Do you know how tsunamis get started? One of the most common reasons is an underwater earthquake that happens because of the shifting of tectonic plates. Those plates enclose the surface of the earth and usually fit together nicely like pieces of a puzzle with very little movement between them. They are held together by constant pressure, and sometimes due to the heat activity in the Earth’s core, they slip in relation to one another.

This causes the earth to shake (earthquake) and generate a wave (beginning of a tsunami). 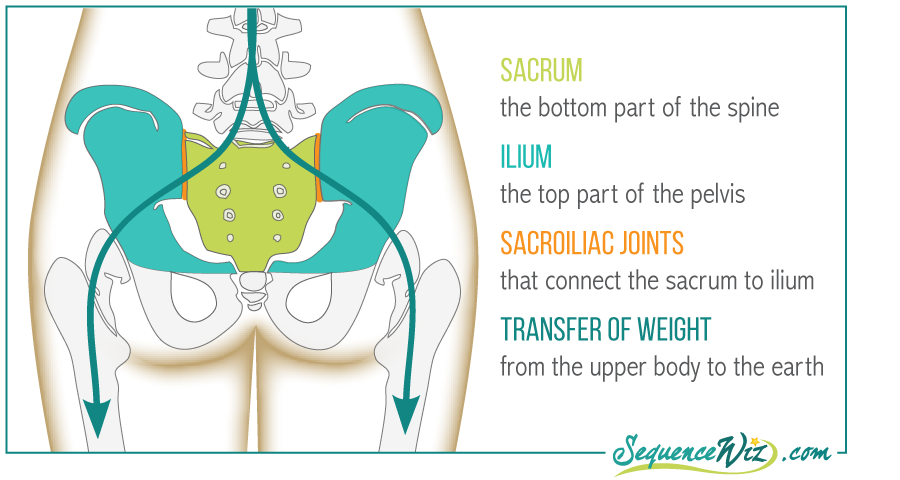 ­In some of us, unfortunately, this entire structure is not stable enough because the sacroiliac ligaments are a little loose (from birth, pregnancies, previous injuries, etc.). Loose ligaments have trouble maintaining a proper relationship between the sacrum and pelvis, and the sacrum can “pop out” of place, just like a shift of tectonic plates. As a result you get a tsunami of pain, an overall feeling of instability, asymmetry, etc.

This usually happens as a result of some kind of asymmetrical activity, like putting most of your weight on one foot and then pivoting on it (like you do in golf), or sitting with one hip slightly forward when driving, or doing lots of different yoga poses on one side before you switch to the other (and any other asymmetrical activity you can imagine). Once your SI ligaments become destabilized, it is much easier to irritate them, so it becomes easier for them to pop out of place, unless you strengthen the muscles that surround them (you cannot strengthen your ligaments). 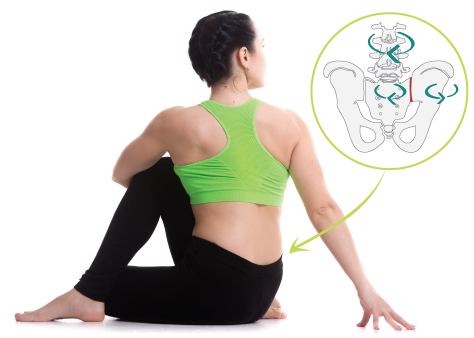 This also means that the right side of the pelvis will pull forward and to the left following the movement of the right leg. But at the same time your spine will be rotating to the right and it will pull the sacrum with it. So now you have the right side of your pelvis and your sacrum rotating in two opposite directions, which puts a strain on the sacroiliac ligaments on the right side. The strain will be even more pronounced if you use arm leverage to deepen the twist. This is just what happens when you twist. Now for most folks who have stable SI ligaments this shouldn’t be a problem (unless, of course, they “muscle their way” into the twist), but for those of us who have wonky SI ligaments, this type of action can create more instability and pain.

That’s why we usually recommend that students stay away from twists altogether when they have an SI joint flare up; and once things begin to settle, use the following guidelines to minimize the risk of the SI strain in twists:

Now, some people will argue that twisting can actually help pop the sacrum back into place. This can be the case and depends on the type of displacement. After all, twisting does help realign the relationship between the pelvis and the spine. But to be able to do that successfully, you need to be very gentle, very precise and know exactly what you are doing, so you better consult a qualified physical therapist, chiropractor, massage therapist or yoga therapist. Deep or inappropriate twisting can make things worse.

If you want to troubleshoot on your own, it is best to focus on strengthening the surrounding musculature, instead of trying to manipulate your sacrum with twists. Until those areas are strengthened, the issue will continue to reoccur. For example, you can try this yoga practice that contains couple of gentle twists, including Jatthara Parivrtti, that might help you gradually build your strength toward stronger ones.

In fact, different adaptations of Jatthara Parivrtti are excellent for strengthening the muscles of the hips and lower back, and this will be our topic of conversation next week. Tune in!