One of the most common misconceptions I encounter when it comes to breathing is that many students think that we can move our lungs at will. This is not the case – the lungs do not have muscular tissue, so we cannot operate them directly. In fact, the lungs behave more like a rubber band. The outer surface of the lungs sticks to the inner side of the ribcage and to the diaphragm, and the lungs get pulled (stretched out) following the movement of those structures. “But at the same time they [lungs] resist this type of stretching, and as soon as the force ends, they return to their original shape.” (1)

That is why the inhalation is generally shorter and/or more difficult for most people – a certain force needs to be applied every time you inhale to stretch the lungs out, and they will resist this stretching. The action of exhalation, on the other hand, is one of elastic recoil – the lungs return to their original shape, just like rubber band.

Even though we cannot move the lungs directly, we can affect their expansion indirectly by engaging the muscles of respiration that wrap around the ribcage. During relaxed everyday breathing the diaphragm does most of the work (assisted by gravity if you are standing). When you are exercising or attempting to breathe deeply, the inspiratory muscles have to work harder, and the tension and elasticity of the lungs increases. “When you inhale a lot of air, those actions are at their maximum.”(1) If you pause after the inhale, the inspiratory muscles will continue to contract resisting the lungs’ pull to recoil.

When inspiratory muscles get tight, they are not able to do the work of the ribcage elevation and expansion efficiently, so it becomes harder to breathe deeply. Subsequently the lungs don’t stretch out as much and don’t hold nearly as much air as they could.

We’ve already established that deep breathing is essential for efficient blood-oxygen exchange, sustained energy release, proper organ function, restful sleep, stress management and longevity in general. That is why it’s worth your while to spend time and effort exercising your respiratory muscles both via movement and deep diaphragmatic breathing with hold after inhalation (we call it “breath retention”). The practice below does just that – give it a try and let me know how it feels! 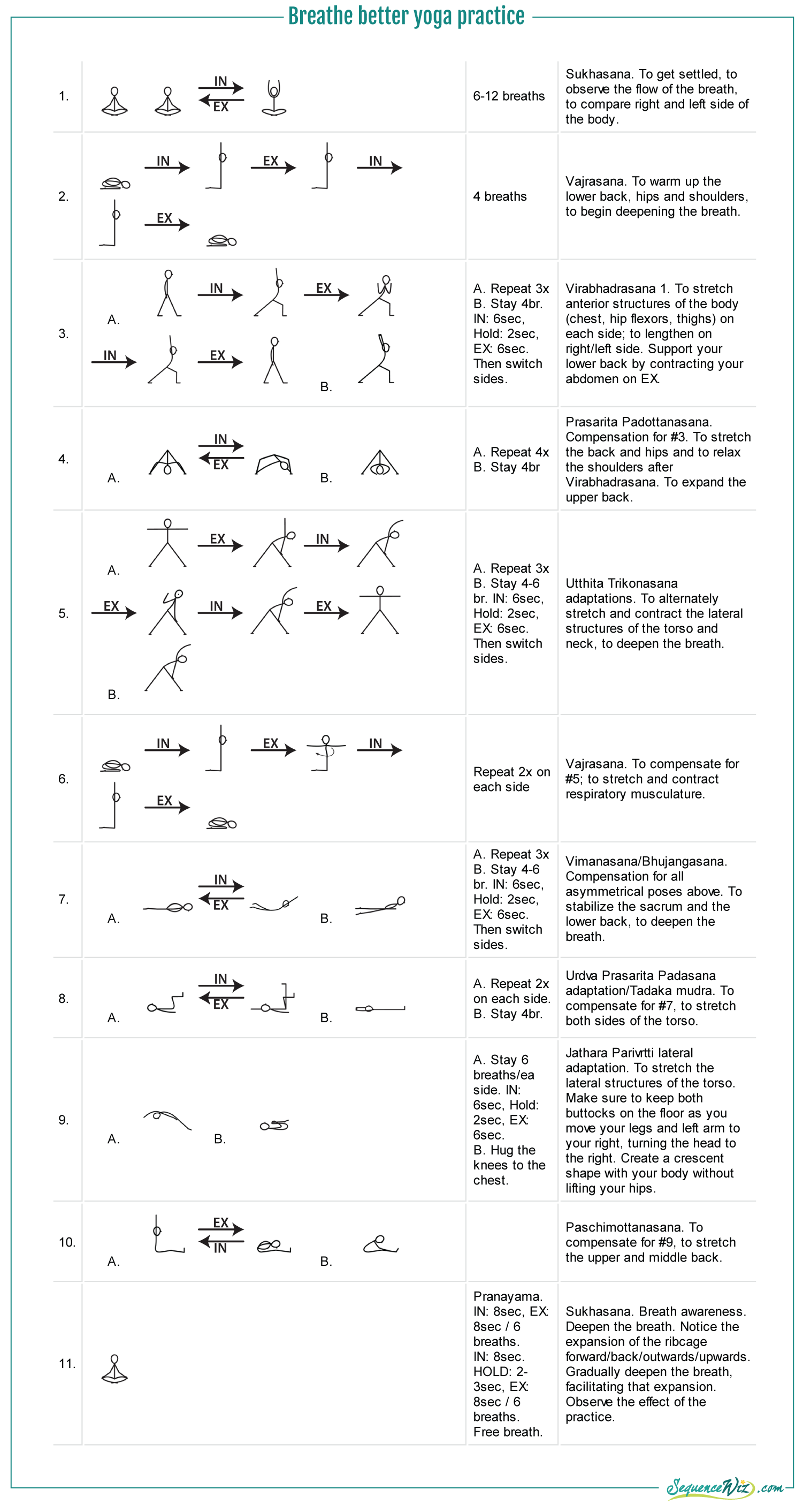 1. B. Calais-Germain Anatomy of Breathing

Join Sequence Wiz to customize this practice to your liking. Choose your poses, enter the instructions and you are done! See it in action >